10 famous people I have met

I have recently made a point of trying to celebrate the good stuff in my life… at least occasionally… rather than constantly trying to fix or whinge about the bad stuff. There isn’t much bad stuff and I am very lucky, but still we often forget all that is good. I was at a dinner party on Saturday and we were trying to help a new guy to the group get to know us old stalwarts, so we went round asking everyone a few questions in turn. One was “name someone famous you have met”. It turns out I have met a few. Here’s the inside track about what I know of them.

An impressive lady! I had the pleasure of a long conversation with this Austrian born princess. Interesting Factoid: When she married into the British royal family, she was Catholic and under the laws of England and Wales, it was illegal for British royalty to marry Catholics. They simply went and got married in Austria… dumb law maybe if that’s how you get around it, nut I guess plent of common folk have made use of Gretna Green over the years! 🙂 Anyway, apparently Princess Margater didn’t talk to her for 20 years after that! (But I got the feeling it’s all fine now.) Lovely lady and has a really unique helicopter view of modern history.

I went to school with Eddie Izzard. He spent half a term sitting on the study desk next to me. After half term he never returned to school… you better ask him about that, but I think he was tired of painting his nails black with a felt tip, but too embarrassed to buy proper mail polish at the time! Honestly, we didn’t talk much, but enormously impressed at what he has done running marathons. I have also seen him perform live. Oh my he ca be funny!

The Radio 1 DJ is a person I once ran a Murder Mystery evening for! It was one of the most difficult nights of my life, because I am not really a good actor and my best actor crumbled at the thought of doing a Murder Mystery for a bunch of celebrities! Chris was very nice to me and my team though. He spent a long time talk with me at the bar after, about his days as a Tarzanogram.. Purely by chance I also bumped into him at a Marriott hotel a couple of weeks later… but he didn’t recognize me 🙁

Rather embarrassingly, I bumped into Lawrence Llewellyn Bowen in the wash rooms at the Ritz! An American friend of mine had always wanted to do “Tea at the Rits” which is why I was there. We didn’t chat…

I may be cheating a bit by including Bob Geldof, but I have met him twice. Live Aid was an incredible experience for me growing up. I didn’t have a backstage pass or anything, but I think its fair to say it put him on the map! The second time was a LITTLE more intimate. In the early days of the .com era, there was a VC/Entrepreneur meetup group in London called “First Tuesday”. Bob Geldof was the speaker for the month and I remember him standing up and looking at the crowd and saying “All I see here is a sea of greed”… It was a cool thing to say, but looking back decades later, I don’t think his .com startup is going anymore…

Sorry Roland – you probably won’t remember. But you were a bit of a dick. I hear you missed your flight the next day after puking all over the hotel. ‘Nuff said. You don’t get a link…

Shortly after university, I was living at my then girlfriend’s parents house. Nice place! her father had spent many years as a jobbing musician and so when the lead singer and guitarist of Pink Floyd came round for a BBQ it was just routine for them. I think this is the only tie I have been totally star-struck. I really didn’t have anything useful to add to his conversation about live wing-walking. It wasn’t an experience I have knowledge of.

Only people that work in my industry will know this name, but if you are in the industry, you WILL know the name! I am lucky enough to have met Matt Cutts on many occasions and I absolutely admire his ability over the years to act as both custodian of Google’s data quality and also mouthpiece to the SEO industry. The first time I met him, was early days for Google. We were both on a link building panel at an event in London. It’s hard to picture how small Google was as a brand back then!

I have met Steve Wozniack, co-founder of Apple twice (so far) and he is probably the person I admire most as someone to look up to. I first met him in Dallas as part of a small round table group of speakers, where he was the keynote and we had a chance to pick his brains. I asked about his watch… a strange thing which apparently runs at 240 volts! It was used by the astronauts. The second time I “met” him was on an early morning flight from Berlin to London. He stopped the whole of security after the same watch aroused suspicion! Turns out I sat next to him on the plane, so they let him on in the end.

1: Her Majesty The Queen

Well she had to be at number 1 didn’t she? I mean really, what an honour to get to go to Buckingham Palace! But the truth is… I didn’t actually get to say hello. I did happily drink her champagne, but there were maybe 500 people there and it just felt totally undignified to go the last 10 yards and say hello. Everyone else was crowding her and she’s 90! Just being invited was enough. But she is quite small!

Hi Dixon, great post and, although I’m obviously disappointed I didn’t make the list, you may have inspired me to write a top ten list of the most interesting people I’ve met – on my freshly set up but, as yet, empty personal blog no less. Will you make the list, hmm, you’ll have to wait and see 😉 All the best, Joe

If I make the list, there are a million celebrities that are all the worse for not meeting you! You are one of the most interesting and yet …calm… people I have ever met! I don’t expect to be on your list. But it has been fun writing mine! Also… we need to have another Indian!

Is Matt ex Google officer, am I right?

The Irish footballer or the Musician? 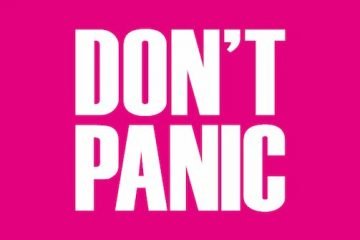 I am delighted to be able to report that I have a new official role as the Ambassador for the brand behind the Search Awards in the UK, EU and US, The Search Awards make Read more…

One Week in Business & a Lifetime Achievement Award

Five days into starting my new venture, I thought others starting out might get some energy, inspiration or insights from my journey. Last night I was awarded a Lifetime Achievement Award at the UK Search Read more…