Microsoft are to start filtering PPC advertisers by market segment and website type in the UK, so that they can better use this segmentation to improve their “Quality Index”, the equivalent of the Google AdWords “Quality Score”. The changes are already integrated into the US Ad-Center listings but are likely to come to the UK over the next few months.

The news was met mostly with approval at AdChamps Europe. Mary Berk from Microsoft took us through much of their thinking about their Quality Index algorithm and for once I made some notes, which I hope you’ll find useful. I started taking real notice when I realized that Microsoft had already started rolling out “QI” improvements in the US, but that these had not yet come to the UK. This made me realize why chatter on the boards tends to be so inconsistent feedback-wise.

Mary highlighted that some of the things that matter in their interpretation of quality included “Market Segment” and “ad-style” as well as some of the more usual things that we have come to expect from Google. By way of example, we heard that aggregaters may get hit and have to pay more to stay in the running. She also stated that MFA (Made for “Adverts” as she cleverly described it) would also take a big hit. Other sites that effectively rearranged search may find themselves having issues, but she also admitted that this was also hard to get right, and it was likely that unique content would be one of the main differentiators between a site that gets penalized and one that doesn’t.

Interestingly, some searches were done on the fly in the room and on the whole, the US users do seem to be seeing far less of these kinds of results in the paid search results. Expedia was a notable exception, though arguably their content is plenty unique enough.

It seems that the system is able to – both algorithmically and manually – segment sites into types as well as markets and the quality team can then make decisions and set up filters at several levels within the system. I take this to mean that their Quality team will be able to assign rules affecting your bid price either by segment or individually.

Microsoft are not stopping there, however. Mary also went on to say that Microsoft have also developed more sophisticated “user intent” algorithms. The example of where this might be important was if a person typed in “pick up trucks” and the advertiser bid on the phrase “pick up”, but offered an advert about “Pick up lines”. Clearly a mismatch which will not be fixed by the advertiser and would only be fixed by the user by repeating the search… not necessarily using the same engine! It is this propensity for people to jump AWAY from Microsoft’s offering when they get just one bad experience that is really driving this “QI” initiative, it would appear. Mary gave some overwhelming statistics about just what would make people change search engines.

Mary also went on to give examples of sites that they really were targetting – hopefully to the point of elimination. In particular, they are concerned about sites that give deliberately misleading claims. For example “free” offers that might require jumping through so many hoops that they offer really is not free at all.

In fact, she gave quite a few clues as to how to get your adverts up and running without any delay… and how to get your adverts delayed of penalized. When the “QI” improvements take hold in the UK (as they are already in the USA), your history and the keywords you are taergeting or using will be affect your initial ad-launch. Certain keyords or patterns will trigger a manual review – which may happend before or after the advert goes live. If it does happen after the advert goes live, however, their objective will be to carry out the review withing 48 hours. Trigger words will include the word “free”. Whether the advert goes live immediately or not will largely depend on how much of a good submission history you enjoy as an advertiser or agency. Long standing “good guys” are likely to get the benefit of the doubt – at least initially.

The objectives seem to be twofold:

It will be interesting to see how sites like Moneysupermarket fare under this regime in the UK… as they are a price comparison site and aggregator, yet they are also one of the UK’s largest PPC accounts.

The Quality Index improvements are coming to the UK before the end of the summer.

I have dabbled in AdWords before and never even knew about this quality index. Thanks for the informative info – AD

I have launched a new website/experiment: How we use technology to predict the future. Whilst it does what it says on the tin, there is an underlying experiment comparing AI-driven content with Human-generated content. Comparing Read more… 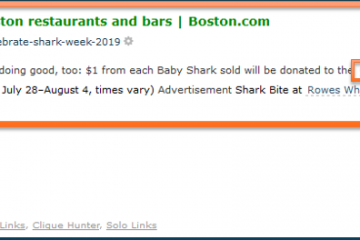 Why Marketing Technologies should go to Florida in March